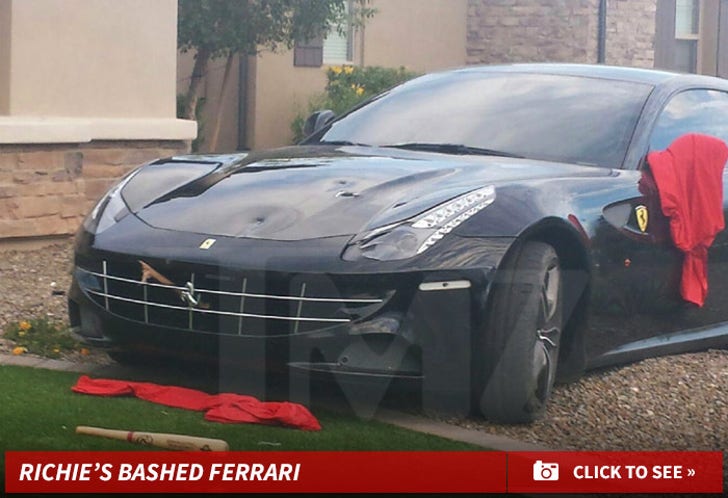 Someone smashed up Richie Incognito's expensive black Ferrari with a baseball bat ... in front of the NFL player's home in Scottsdale, AZ ... and TMZ Sports has photos of the destruction.

You can see a baseball bat lying in front of the car ... with a piece of the bat stuck in the grill. There are also red shirts hanging from the car -- we're told they have Incognito's name written on them.

It appears to be the very same Ferrari that Incognito had delivered to his Miami home back in November -- right in the middle of the fallout from the Jonathan Martin situation.

So far it's unclear who smashed the car ... or why. Also, unclear if Richie was home at the time of the attack.

We called the Scottsdale PD for more info -- so far, no word back.