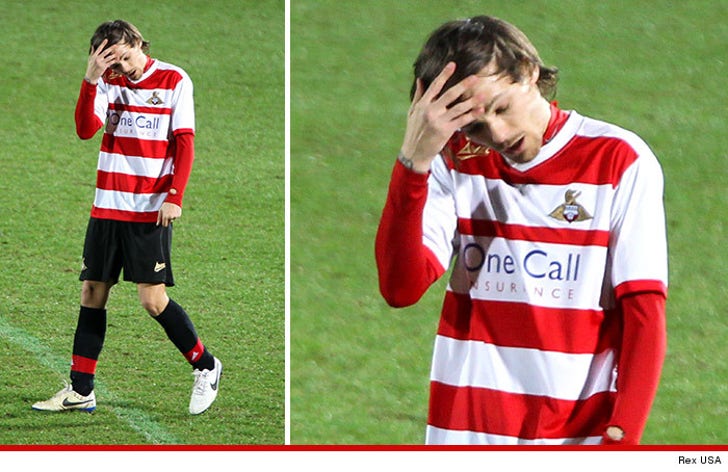 One Direction singer Louis Tomlinson made his pro soccer DEBUT in England last night ... and while his performance was lackluster, dude was OBSESSED with his own beautiful hair.

The 22-year-old pop star hit the pitch for the Doncaster Rovers, a Football League Championship team based in Yorkshire.

Tomlinson entered the game at right back ... but didn't really see much action.

Instead, people at the game say he spent a lot of time flipping his hair around on the field.