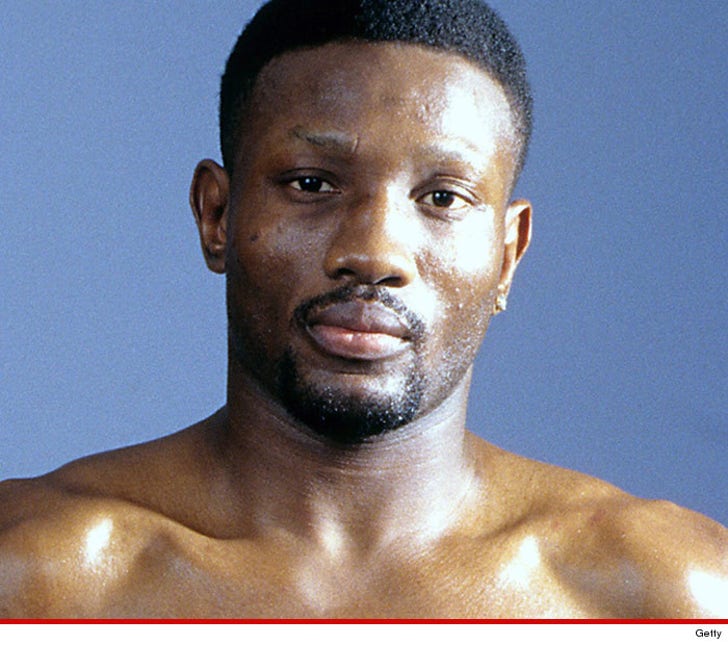 The mother of ex-boxing champ Pernell Whitaker tells TMZ Sports ... she was "shocked" her son EVICTED her from her home Wednesday -- but says she refuses to beg him to stay in the house.

We spoke to Novella Whitaker -- who had been living in a Virginia home Pernell said he bought for her more than 30 years ago ... until Pernell went to court and had her legally evicted so he could sell the place to pay bills.

73-year-old Novella tells us, "I was shocked when I heard what Pernell was doing. I wish I had been smart and had the house put in my name. Then he couldn't have done this."

Novella says she refuses to beg Pernell to let her stay in the house -- explaining, "I'm not asking him for anything. I'm gonna be okay."

"My daughter Zelda is taking me in," Novella says ... "She has enough room. I feel comfortable over there. I'm fine now, but I thought it was such a mean and sad thing for my son to do to me."

As for Pernell, he bought the place for his mom back in 1984 at the height of his career when he was rollin' in dough. Now, he's desperate for cash ... and after a judge signed off on the eviction, he called the court victory a "beautiful moment."

When asked if Novella had a message for her son, she told us ... "Pernell, things could've been better if you communicated with us. This didn't have to happen."