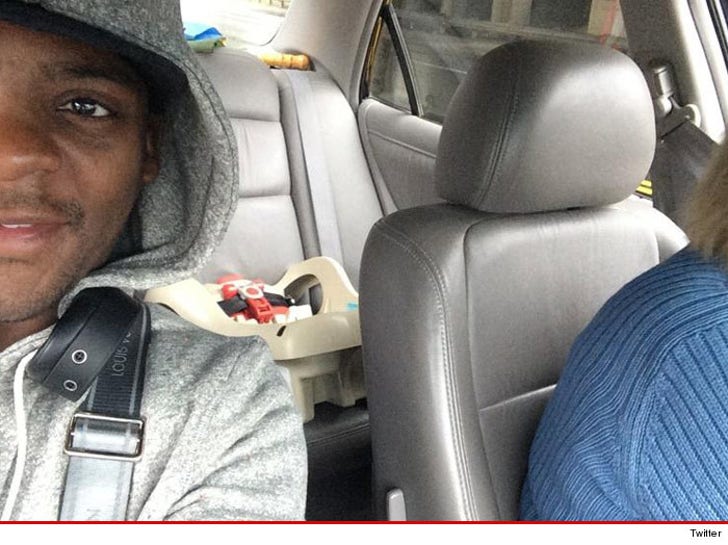 Clinton Portis was expecting a fancy town car to take him to the airport this morning -- instead, he got a '99 Honda Civic and a driver who wouldn't put down a bucket of fried chicken ... so, of course, he took pics.

The former Pro-Bowl running back was out in Charlotte, NC on business -- and got hooked up with a car service that was supposed to take the VIP back to the airport in style.

Instead, Portis tells TMZ Sports ... "A 75 year old woman pulled up in a black 99' Civic, and there's two baby seats in the back."

"I put my bag on the baby seat and I got in the front. The lady was eating Bojangles [chicken]. I said 'this gotta be a prank."

It was no prank. This chicken-chowing chauffeur then asked Portis if HE knew the way to the airport. Not a good sign.

"We were at a red light and she punched the gas. We spun out. I couldn't stop laughing."

Portis eventually made it to the airport but said everyone was staring when he climbed out of the car.
"I tried to tip her, but she declined," he tells us.