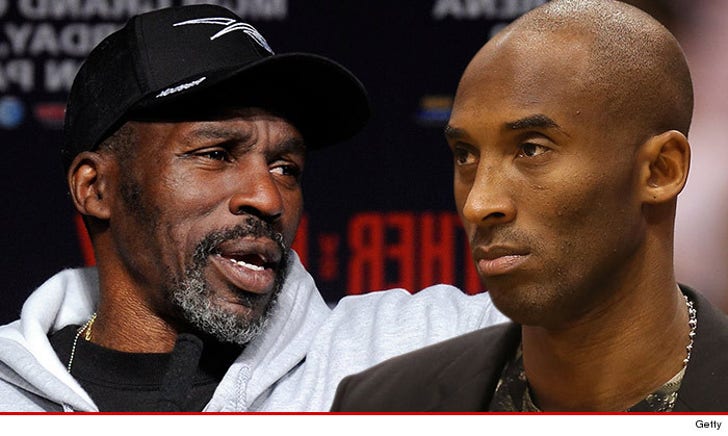 There's a major sports star who's trying to get the rights to call himself the "Black Mamba" -- only it's not Kobe Bryant, it's Floyd Mayweather's uncle ... who's been using the nickname for decades.

FYI -- Roger says he gave himself the nickname years ago after watching a nature show about reptiles.

According to official documents, Roger is in the final stages of locking down the trademark ... which he intends to use to brand his boxing empire (personal training, coaching, etc).

But get this ... when researching the trademark claims on "Black Mamba," we couldn't find any evidence showing Kobe has ever tried to trademark the name for himself.

We did find applications for condom brands, carbonated drinks, male enhancement products, spinal implants, cigars and more ... but nothing from Bryant.

Calls to Kobe's rep were not returned.