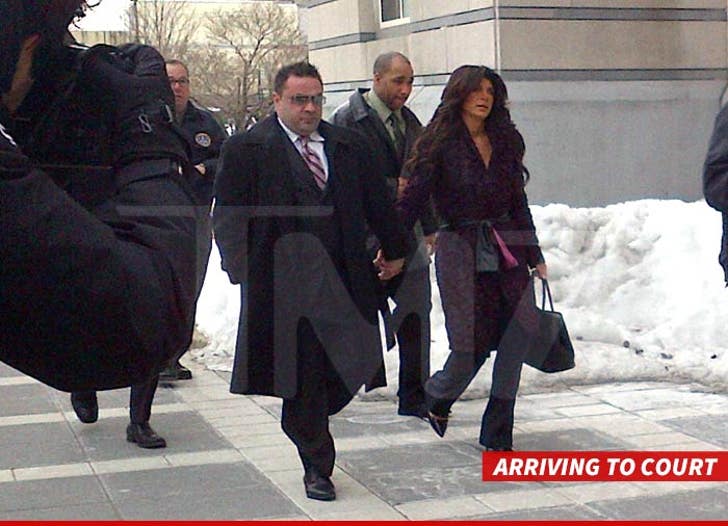 Teresa and Joe Giudice just pled guilty in their massive money fraud case -- and will likely be heading to prison.

The couple agreed to plead guilty this morning in NJ as part of a plea deal -- in which Teresa is expected to face 21 to 27 months in prison ... while Joe could get 46 months. Joe, an Italian citizen, also faces deportation.

We're told Teresa pled guilty to 4 counts (including conspiracy to commit wire fraud and bankruptcy fraud) and Joe to 5 counts (same as Teresa, plus failure to file tax returns).

Teresa and Joe were initially indicted on a total of 41 criminal counts last year -- all between 2001 and 2011.

Among their alleged crimes -- prosecutors claim the couple used fake pay stubs, tax returns and W-2 forms to inflate their incomes and obtain nearly $5 million in mortgages and other loans. They also allegedly hid money they got from "Real Housewives" and other business ventures after filing for bankruptcy in 2009.

The couple will be sentenced at a later date.