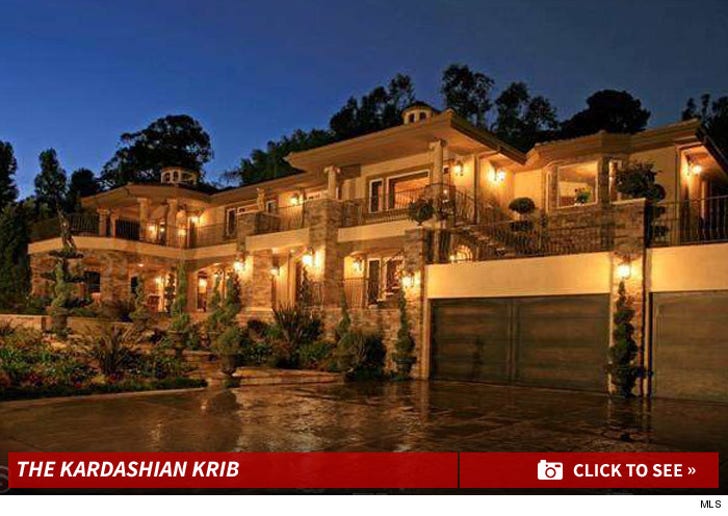 The Kardashians might have to pretend they live in a different L.A. mansion -- very soon -- TMZ has learned, the one they currently use for exterior shots on their reality show is for sale ... listed at $6.25 million ... and whoever buys it has the right to pull the plug on the show.

Sorry to burst your bubble -- but the outside view of the "Jenner House" from KUWTK isn't the house the family actually lives in -- we're told Kris and co. didn't want to show the outside of their real house (located 20 miles away) for security reasons.

It's a pretty common trick in Hollywood -- except it's usually used for TV shows that shoot in studios or on sound stages. Not really in "reality."

On KUWTK, the Jenner House interior is sleek and modern -- but the interior of this 7-bedroom home is way more 19th century Italy. Check the photos.

KUWTK isn't the only show to use this house either -- it's also appeared on "NCIS: Los Angeles," "Chuck," "True Blood," and "Entourage."