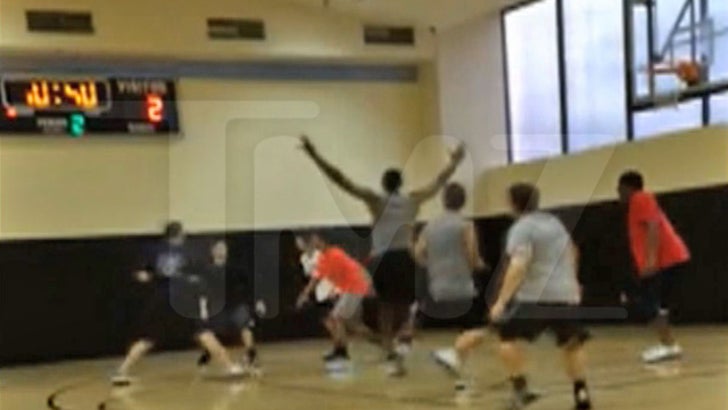 Just days after Metta was released by the Knicks, Peace surfaced at Equinox Gym in L.A. on March 1st -- hooping with some not-quite-pro level competition.

Check out the video ... you can see Metta's teammates aren't exactly throwing the rock his way -- and we're told it's because his shot was straight up broke that day. Hey, it happens.

But there's this -- everyone we spoke to said Metta couldn't have been nicer -- and took time to shake hands and talk with people afterward.

In the end, Metta's team lost ... so, it wasn't much of a change from his time with the Knicks.