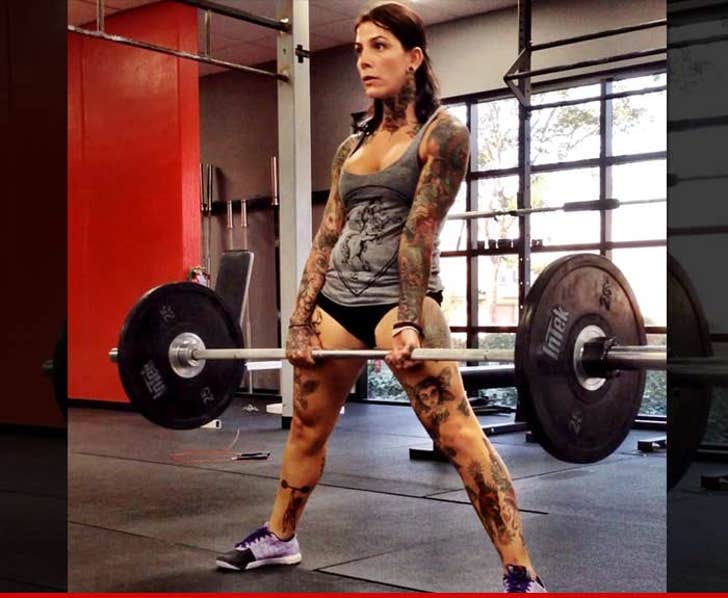 A transgender woman is going to war with CrossFit -- claiming the fitness titans refused to let her compete in the women's division at the upcoming CrossFit Games because she was born with a penis ... TMZ Sports has learned.

Chloie Jonnson has filed a $2.5 MILLION lawsuit against CF -- claiming she underwent sex reassignment surgery in 2006 and is legally recognized as a woman by the State of California.

But when Chloie -- 5'4", 151 lbs -- asked the powers that be about competing in the Games with the ladies, she was shot down hard.

In fact, TMZ Sports obtained a letter from CrossFit to Chloie in which the CF pulled no punches -- "We have simply ruled that based upon [Chloie] being born as a male, she will need to compete in the Men's Division."

CF argues ... "The fundamental, ineluctable fact is that a male competitor who has a sex reassignment procedure still has a genetic makeup that confers a physical and physiological advantage over women."

But in the letter, CF gets aggressive -- saying, "Our decision has nothing to do with 'ignorance' or being bigots -- it has to do with a very real understanding of the human genome, of fundamental biology, that you are either intentionally ignoring or missed in high school."

Chloie says CF is full of crap -- claiming the company is violating her civil rights by not letting her compete as a woman ... and she wants at least $2.5 million to make things right.

For its part, CrossFit says transgendered athletes will be "welcomed with open arms in this community, but what we will not waver from is our commitment to ensure the fairness of the competition."