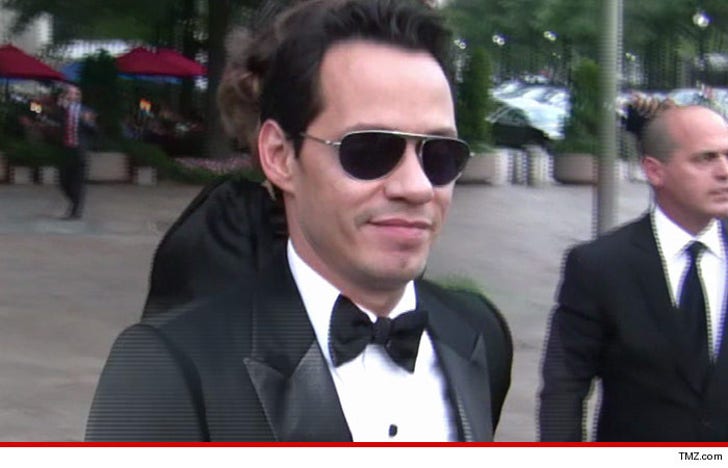 Marc Anthony doesn't want to up his child support payments to Dayanara Torres to $113K a month because he fears his kids will become spoiled brats ... and even worse.

Dayanara is asking for a huge monthly increase ... she currently rakes in $13K a month. She says she needs it because their kids live in relative poverty compared to the lifestyle they see when they're with daddy.

Dayanara says she wants the ability to fly her and the kids on private jets, to travel around the world and stay in 5-star hotels.

In legal docs, obtained by TMZ, Marc says he's saving Dayanara from herself by refusing to up the child support. He claims, the boys already have everything they need and the increase would "spoil them rotten."

Marc scoffs at Dayanara's plea for money so she can have a full staff, including a cook and a nanny. Marc says when he has the kids in L.A., "I cook or we order in. We often get Kentucky Fried Chicken, Pizza Hut or Chinese food."

And get this. Marc hired a psychologist who wrote a declaration to the judge, discussing, "the problems of children who are raised with near unlimited funds, particularly children in Los
Angeles whose parents have made very large amounts of money in the entertainment industry."

The shrink says these kids -- especially in adolescent and teenage years -- "become high-risk for illicit drugs, alcohol and a fast-paced lifestyle that they are not emotionally capable of handling."