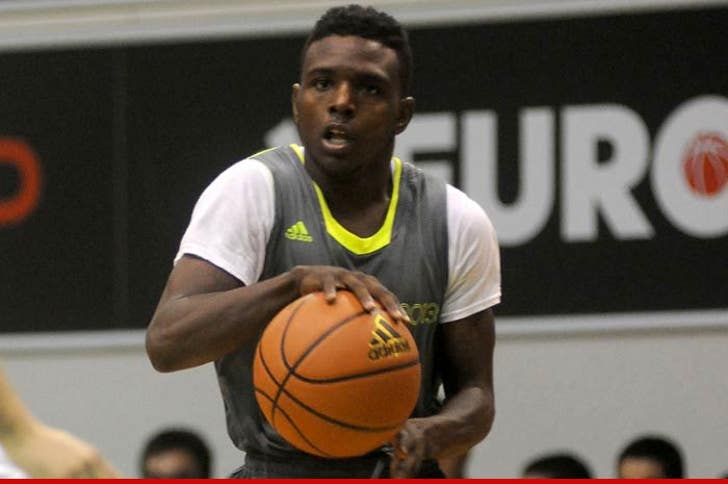 Ex-high school basketball stud Aquille Carr -- who famously turned down a scholarship to Seton Hall for a career overseas -- now has his sights set on the NBA, telling TMZ Sports he’s training hard for the upcoming draft.

Carr's journey hasn't exactly been smooth sailing ... the 20-year-old left high school to supposedly take a gig with a European team, but that didn't work out and he got an opportunity on an NBA D-League team.

But Carr (5'6", 148-lbs) was recently released from the D-League squad (although the team praised his talent) ... and now, Aquille says he's confident he'll be drafted by an NBA team in June.

In fact, Carr says he's been back East working with trainers to develop his NBA game -- with an intense focus on shooting and playmaking.

He also tells TMZ Sports he’s learned from his past mistakes, which include a 2012 arrest for domestic assault -- "I don’t look back on my past. I’m on to better things, learning, working hard and trusting in god more."

Carr, nicknamed "The Crimestopper" because of a reported dip in Baltimore crime during his high school games, says it was his recent experience in the D-League that had the biggest effect on his future plans -- "It helped me mature more, playing with guys that are in the NBA now, living that lifestyle, I learned a lot."

As far as the NBA competition he’ll be up against ... Aquille doesn’t seem to be intimidated.

We asked who’d win in a one-on-one game between him and the NBA’s number one little man Nate Robinson ... and Aquille didn't hesitate -- “Aquille Carr The Crimestopper, no doubt.”