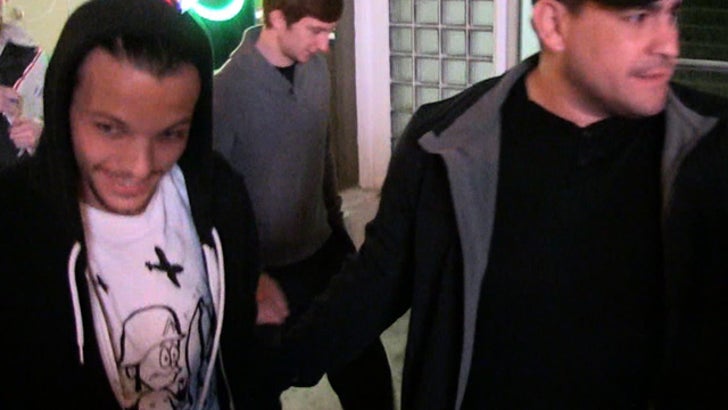 Say what you will about Louis Tomlinson, but the One Direction singer's got a serious pair of cojones for taking a stand on one of the biggest arguments in sports -- Messi vs. Ronaldo.

Louis -- who dabbles in pro soccer himself -- was leaving a tattoo shop in L.A. this weekend when we asked him ... who's the better player??! The pretty boy or the Atomic Flea?!

It's a raging controversy in the football world ... here are the cliff notes for the debate:

But ... Ronaldo is bigger where it counts -- his wallet.

Did Louis make the right call?