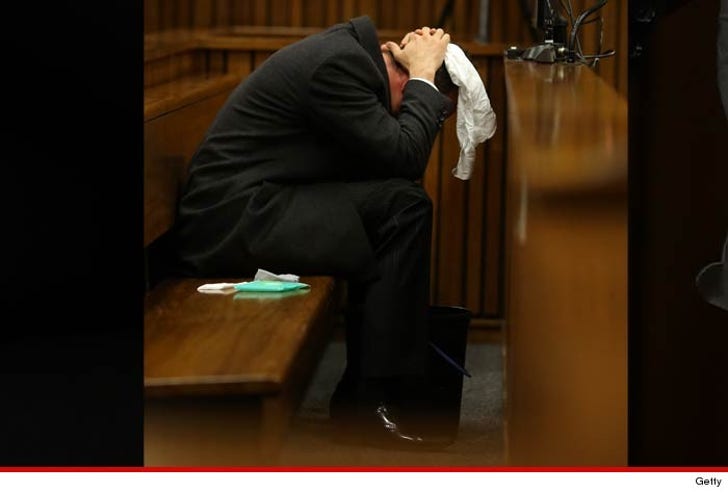 Oscar Pistorius threw up in court today ... several times ... as a pathologist detailed the injuries he found on Reeva Steenkamp's body after she was shot, in gruesome detail.

Pistorius was given a bucket to puke into during the testimony ... and used it quite frequently.

In between vomit sessions, the Olympian was seen rocking back and forth, crying and covering his ears with his hands.

As for the testimony, Professor Gert Saayman detailed the bullet wounds he found on Steenkamp following her death ... saying she was shot on the top of the head, in the right elbow, in the right hip and left hand.

Saayman said the head would have incapacitated Steenkamp immediately. He also said the ammo, Black Talon bullets, are the kind that "expand and mushroom" on impact for maximum damage.

At one point, the judge asked Pistorius' lawyer if he was going to be able to compose himself and stay in the courtroom. Oscar said he wanted to continue ... and was allowed to stay.