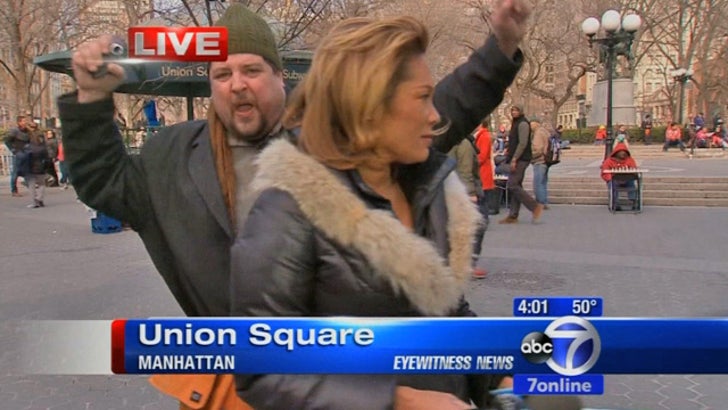 A well-known Howard Stern superfan got into big trouble with police Monday in NYC -- after "Booey bombing" a live newscast in Union Square ... and the footage is pretty hilarious.

Kemberly Richardson was doing a live shot for WABC when the fan -- who goes by the name Joey Boots -- jumped behind her, screaming, "Baba Booey! Baba Booey! Howard Stern's penis!"

Producers immediately cut away -- but the action didn't end ... Joey recorded the reactions of Kemberly and her cameraman afterward. The cameraman goes OFF.

Joey says he was later ticketed by cops for disorderly conduct.

The cost of doing business. 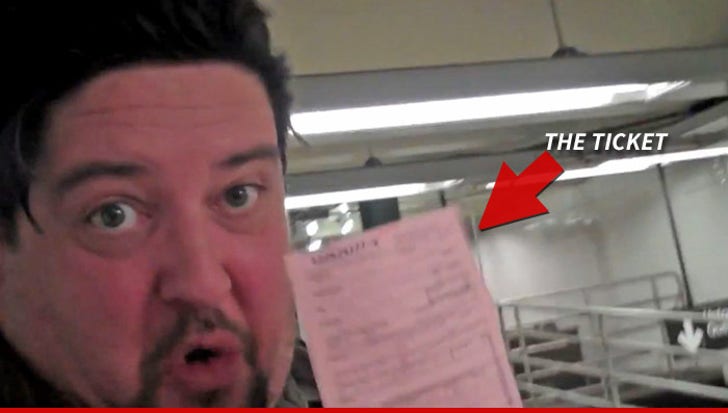 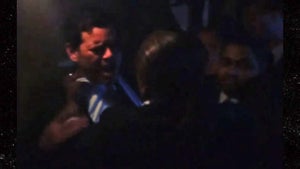 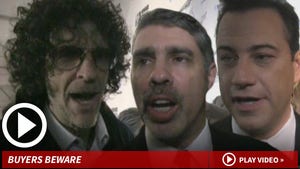