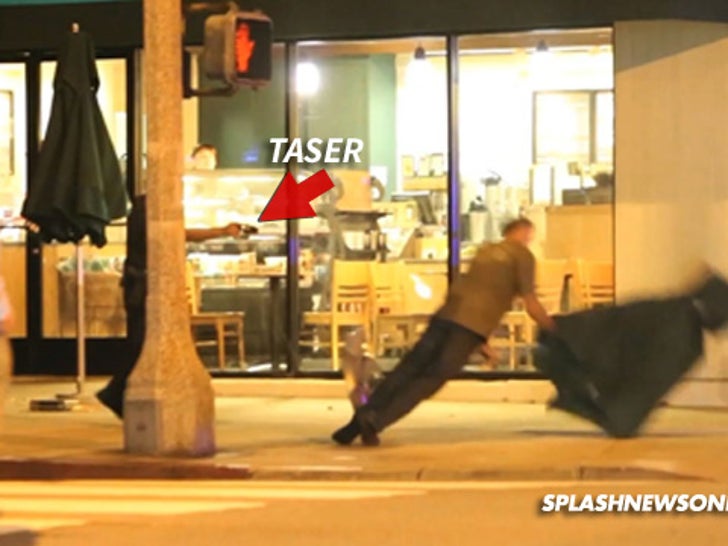 A random guy wielding a giant deck umbrella ... in a standoff with 2 Santa Monica police officers ... armed with tasers -- who do you think comes out on top?

Yeah ... tasers are pretty much undefeated.

It appears the cops tried to talk it out with him, but when he kept swinging the umbrella like a weapon ... the taser came out and dude went down like a sack of wet cement.

Police say the man had just been kicked out of Starbucks for annoying customers -- and when they arrived he was making suicidal threats.

We're told the man was placed on a 5150 hold and taken to a hospital for mental evaluation.

Our newsroom's divided -- did the cops use excessive force ... or merely take him down safely?