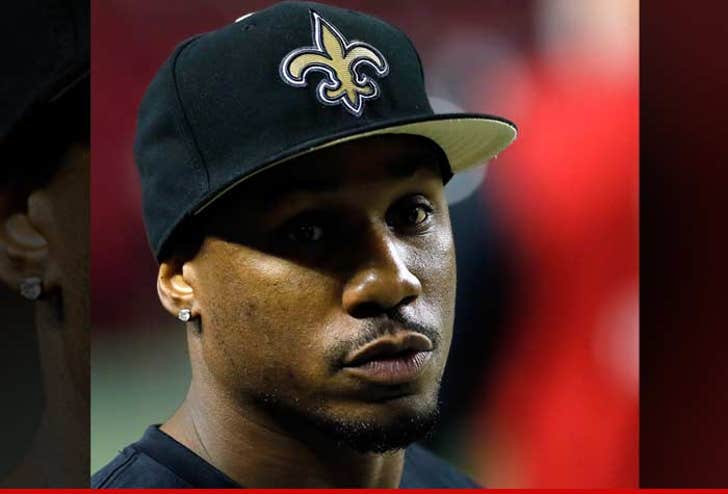 Hell hath no fury like the wife of a Saints player scorned ... just ask Darren Sproles, whose wife BLASTED the team after reading reports that N.O. is planning to trade him.

Darren's wife, Michel, UNLOADED on the Saints on Instagram yesterday ... saying by trading the running back, they're robbing him of the opportunity to play for a team of his choosing ... a right she believes he's earned.

"I am so disappointed in the Saints organization & the way they are treating my husband," Michel wrote.

"I understand this is a brutal business but when u have a good guy who works hard & does a lot for the community u would think they would show a little more respect."

"To verbalize to him that they will release him so at least he can choose the team he wants to spend his last few years left in the NFL on & then take it back without a word & try to trade him is f**ked up."

She then says God will take revenge on the team for her -- explaining, "The way my God is set up he gets the last say & can get u back better than the Compton Curse out I wanna give these muthaf**kas!"

BUT WAIT, THERE'S MORE ... A short time later, Michel posted a follow-up on Instagram saying her initial post was an "experiment" to expose her husband's "real fans."

[H/T to our friends at BlackSportsOnline, who broke this story]