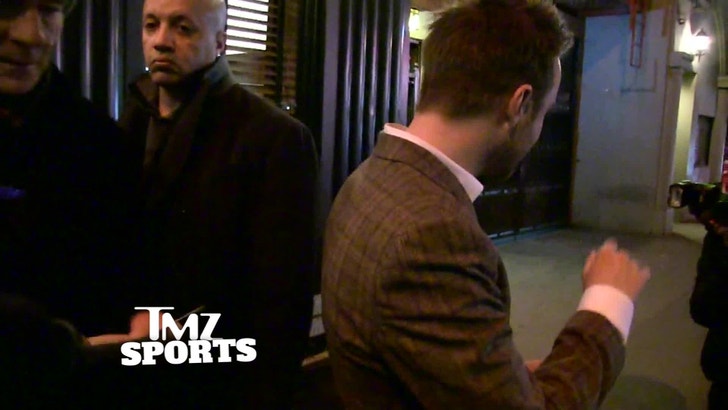 Bad news for Broncos fans ... "Breaking Bad" star Aaron Paul has given up on your team -- just months after he hopped on the bandwagon in the first place.

Aaron -- nicest guy ever btw -- was leaving Gallagher's Steakhouse in NYC last night when we started asking him about all the moves Denver's been making in the past few days.

That's when Aaron -- who proudly rooted for Peyton & the Broncos when he sat behind the bench at the Super Bowl -- made it clear his days of supporting the blue and orange are OVER!

In fairness to Aaron, he was only really a Broncos fan for 1 day to begin with ... but after that Super Bowl performance, we're guessing he's not the only bandwagoner to jump ship.