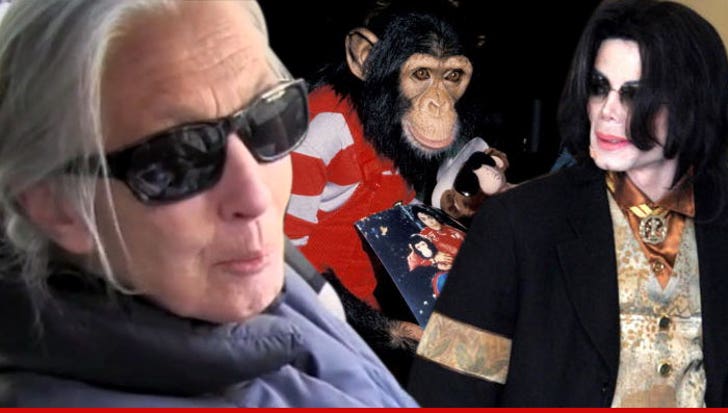 Just like her beloved chimpanzees ... Jane Goodall is throwing crap at the wall -- at least that's the word from people who witnessed Michael Jackson's relationship with Bubbles.

Several people who were with Bubbles on almost a day-to-day basis tell TMZ ... MJ adored the chimp, and treated him like a member of his family -- and the notion that he or anyone around him brutalized the chimp is garbage.

We're told the Michael Jackson Estate has recognized how much the singer loved Bubbles by contributing money to the sanctuary where the chimp now lives.

Bubbles, we're told, was almost joined at the hip with Michael, mimicking him and various others at Neverland. We were told one story where Bubbles got down on his knees after seeing one of the maids and started dusting the floor. The whole slave labor thing aside, Michael proudly hugged the chimp.

And Michael actually made Bubble's his plus one at his lawyer John Branca's wedding. Bubbles showed up in a tux to cheer on Branca -- who now runs the MJ Estate. 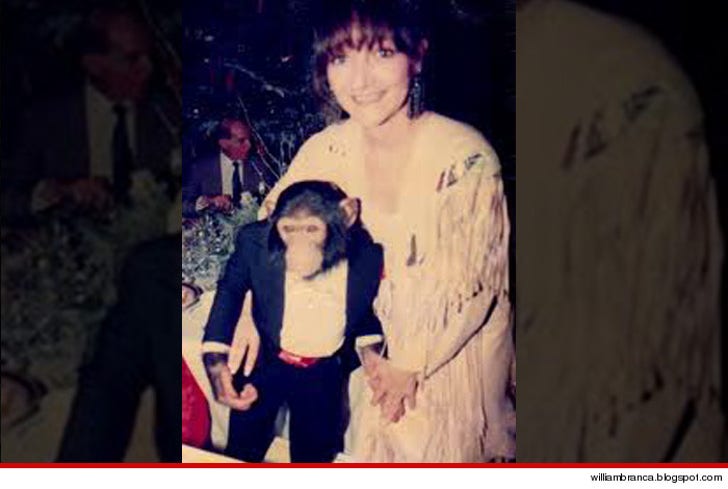 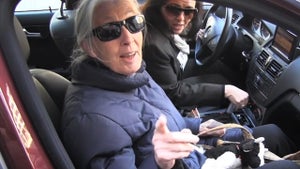