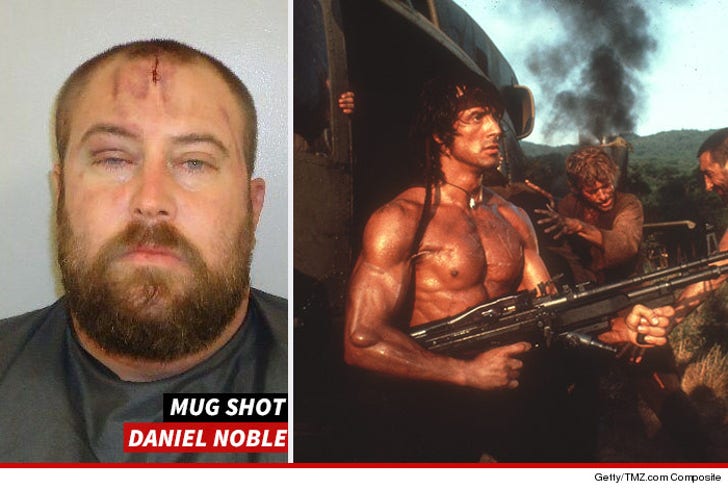 A guy dressed up like '"Rambo" was arrested Saturday night at a Florida bar ... after he allegedly began firing his Uzi and stabbing 2 patrons.

Daniel Allen Noble was drinking at the Europa Lounge in Flagler County ... he left but hours later reportedly returned as Rambo.

Cops say Noble was armed with an Uzi-style assault rifle and hunting knives.

Two bar patrons confronted the Rambo-wannabe ... trying to wrestle the gun away. He allegedly fired a few rounds... but was eventually disarmed. Cops say that's when Noble grabbed one of his knives and started swinging -- cutting his own face in the process -- which you can see in the mugshot.

Noble was eventually rendered unconscious. The 2 men who tried subduing him were injured and one was hospitalized with a stab wound in his left eye and slashes to his hands.

Noble is being held without bond for attempted murder ... and faces a bunch of additional charges. 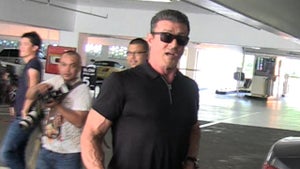 Sylvester Stallone -- Bollywood 'Rambo' Actor Is BUFFER Than I Was 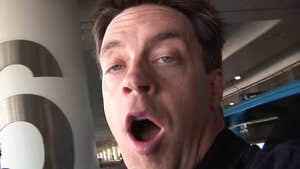 'Half Baked' Star Jim Breuer -- My Ex-Neighbor Mailed Condoms ... To My Underage Daughters

You Might Want to Rethink Weird News Movies Arrests