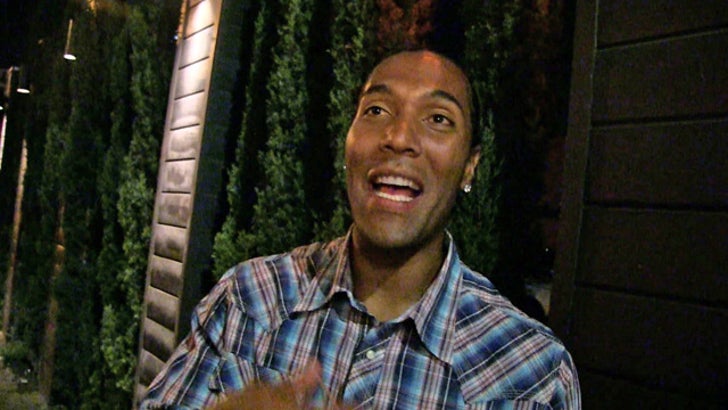 Richard Sherman would've had "no chance" of stopping T.J. Houshmandzadeh when the receiver was in his prime ... so says T.J. himself.

The former Cincinnati Bengals receiver was outside Greystone this weekend when we asked if he thought Sherman could've shut him down ... like he shut down Michael Crabtree in the NFL playoffs.

But T.J. says his route-running abilities were just too strong for Sherman -- who T.J. also PRAISES as a helluva football player.

Watch the clip -- you can tell T.J. respects Sherman ... but still dishes out some quality smacktalk.