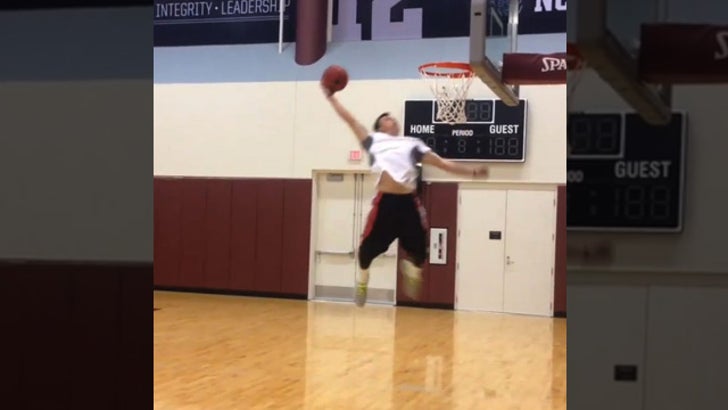 If you were impressed with Johnny Manziel's basic slam dunk a few weeks ago ... wait'll you see the Texas A&M quarterback pull of 4 TRICK JAMS ... including a reverse 360!!!

Manziel posted a new video today, in which he pulls off 4 dunks -- including two tricks where a friend threw him an alley-oop off the gym wall and he slams it home ... a la LeBron James.

While it's clear the guy's got skills, there's still room for improvement ... the first two dunks were nice, but the second two weren't exactly clean.