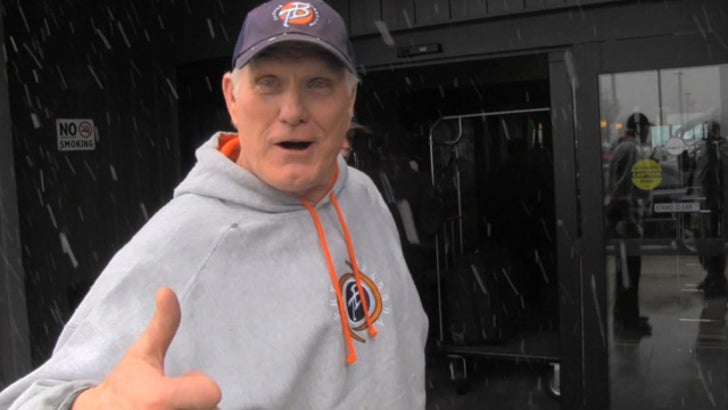 No job? No problem ... at least for Terry Bradshaw who tells TMZ Sports he's still cool with Rob Bironas marrying his oldest daughter -- even after the NFL kicker got cut by the Titans.

As we previously reported, Rachel Bradshaw said "yes" when Bironas popped the question last year ... and they set a wedding date for June.

But that was before Rob lost his job.

So, when we saw Terry out in D.C. this morning, we had to ask ... you still cool with Rachel marrying an unemployed dude?