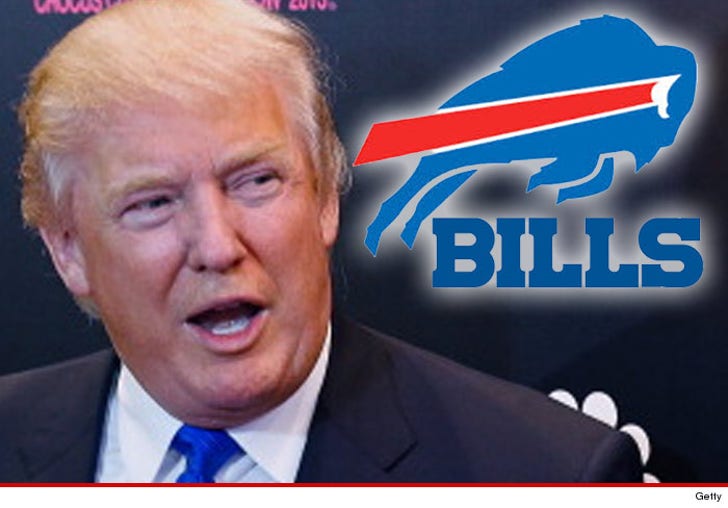 The Buffalo Bills could have a new owner -- one Donald J. Trump -- who says he's been contacted about buying a piece of the team and will "take a look at it."

Trump was on WBEN radio in Buffalo, NY when they asked him about taking over the NFL team now that longtime owner Ralph Wilson has passed away.

When asked if he would move the team out of Buffalo, Trump said ... "If it were me I'd keep the team in Buffalo. I think it's something that is really vital to the area. It would be catastrophic, in my opinion, if Buffalo lost the Buffalo Bills."