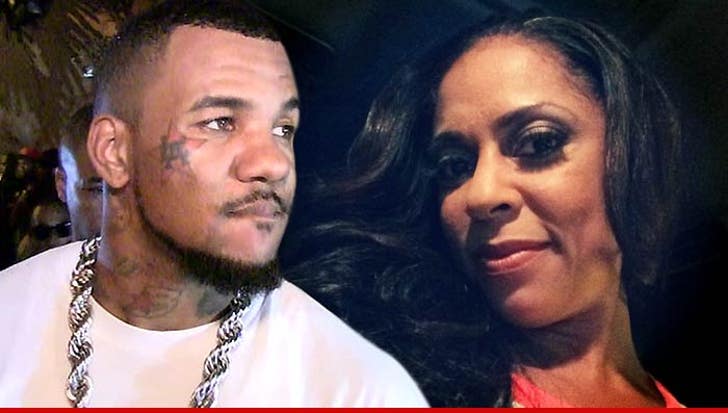 The Game battered his ex-fiancee -- then refused to let her tend to their bleeding child after an EXPLOSIVE fight at his home ... according to new legal docs filed by the rapper's ex -- something Game vehemently denies.

We broke the story ... Tiffney Cambridge got a restraining order ... claiming the rapper broke her nose and beat her to a pulp during a nuclear confrontation March 16th.

Cambridge says in her docs the fight turned so violent, a table broke, injuring both kids. She says their 3-year-old daughter yelled for help because her leg was bleeding ... and Game got even more ferocious when Cambridge went to help her.

According to the docs, he told Cambridge, "Move the f*** out the way" and called her a bitch while tearing her clothing and repeatedly hitting her torso with his closed fist. She claims he also yelled, "I will end it all."

Cambridge says after the fight ... Game refused to let her leave ... telling the children that if Mommy called police, both Mommy and Daddy would go to jail.

She says Game eventually allowed her to take the kids and go. She went to the hospital the next day, where she says she learned her nose was broken.

As we've reported, Game insists he NEVER laid a finger on her and she's flat-out lying. 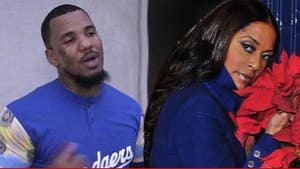 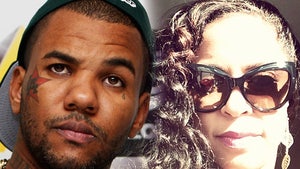 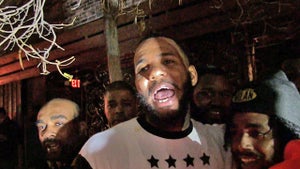 The Game -- Suge Might Be Right, But I'm Still Rich!