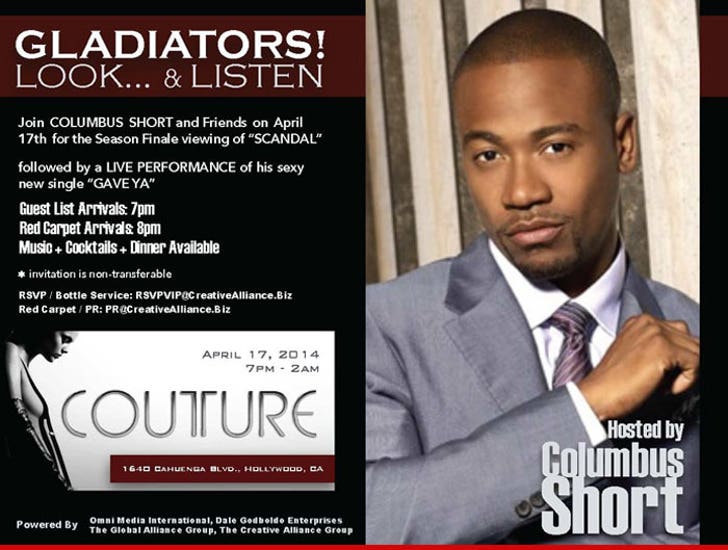 Columbus Short is not going to let a little thing like allegations of murder/suicide​ from his estranged wife get in the way of promoting himself ... TMZ has learned he still plans on hosting an event in Hollywood tonight.

As TMZ first reported, Short's estranged wife Tanee claims Short attacked her on April 7 ... at one point holding a knife to her throat and threatening to kill her and himself. Tanee obtained a restraining order and had Short thrown out of their home.

But despite all that drama, Short is hosting a "Scandal" season finale viewing party at a Hollywood club ... where he will also perform his new single, "Gave Ya." 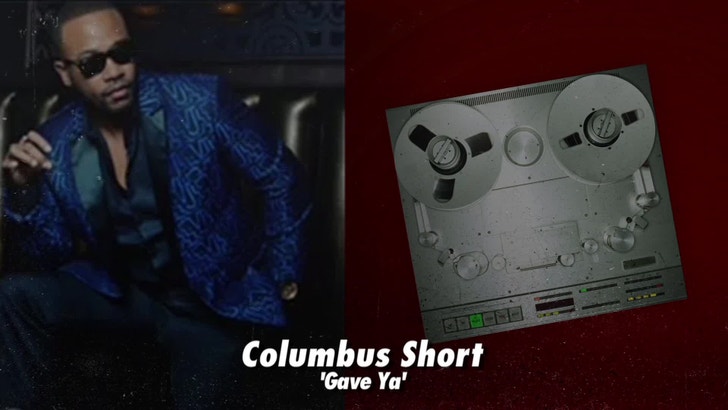