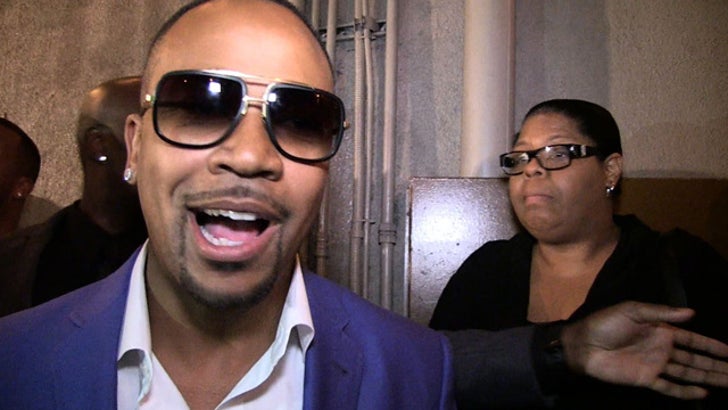 Columbus Short told our photog, "I don't know what all the noise is about" ... referring to the rumor he may get fired from "Scandal" because he's being prosecuted for brutalizing his wife -- she even says he put a knife to her throat. But Columbus says, "Everything's great."

Short was in Hollywood last night where he hosted a "Scandal" finale (OMG!!!!!)) viewing party and also promoted his new song.

His "everything's great" line ignores the fact that he's being prosecuted for domestic violence and child abuse, his wife got a restraining order kicking him out of the house after alleging he threatened to kill her at knifepoint, she's filed for divorce, he was recently arrested for beating up a guy in a bar, he was arrested for another alleged domestic violence incident, and he pled no contest to assaulting a guy on a basketball court.

Columbus bailed on us Thursday ... agreeing to appear on TMZ Live and then pulling the plug at the last second.

He was quick to change the topic when we asked him about the big cliffhanger from last night (OMG!!!!!).