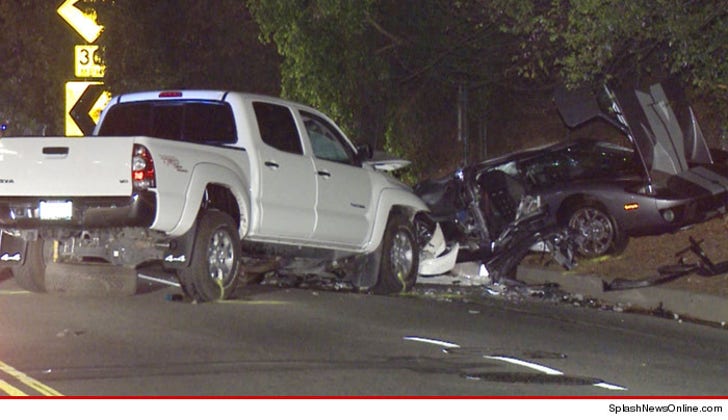 Salma Hayek's brother Sami may have gunned his muscle car just before getting into a fatal car crash, and cops are thinking of referring the case to the D.A. for manslaughter prosecution.

LAPD got a search warrant -- obtained by TMZ -- which allowed them to root through the car Sami was driving -- a 2006 Ford GT. Cops were zeroing in on a device called an RCM -- restraint control module, which is like a black box for cars.

Cops believe the RCM will confirm the stories of some eyewitnesses ... that Sami gunned his car and lost control, which then caused him to fishtail over the center line and hit a car coming in the opposite direction.

According to the search warrant, cops reveal they anticipate sending the case to the L.A. County D.A. for possible felony vehicular manslaughter prosecution.

The legal docs don't reveal the results of the RCM analysis.

And, according to the search warrant, Salma and her husband OWN the car and he often drove it when they were out of town. Under California law, if the victim's family sues, the registered owners could also be on the hook.