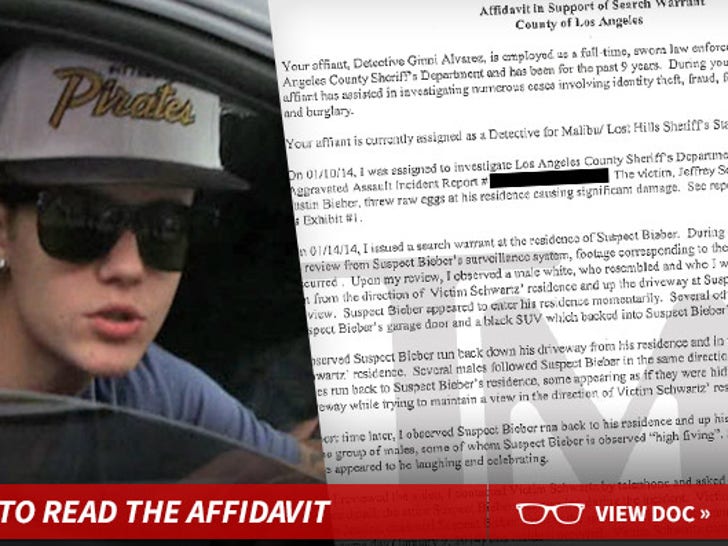 11:30 AM PT -- TMZ has just obtained the police affidavit from the search warrant executed at Bieber's house, describing the surveillance video in detail.

It's a good read -- but the best part other than the high-fiving stuff ... the detective says you can see Bieber running behind a car outside his house immediately after the egg attack, and peeking out from the side. Not suspicious at all.

Justin Bieber was caught on tape celebrating and high-fiving his friends ... immediately after the infamous egg attack on his neighbor's house in January ... cops say.

TMZ broke the story ... law enforcement told us, they have Justin Bieber on the singer's own surveillance video walking in the area of the egg attack right at the time it happened.

But now -- based on new search warrant documents -- we know Bieber high-fived someone immediately after the egging ... as if bragging about what just happened.

It's kind of interesting -- one of the ways cops knew the culprit in the video was Bieber was that he's wearing the same ugly sweater he wore in an Instagram photo the next day.

The L.A. County D.A. is now determining whether to charge Bieber with a misdemeanor or felony in connection with the egg attack. They could also charge him with nothing if they so choose. 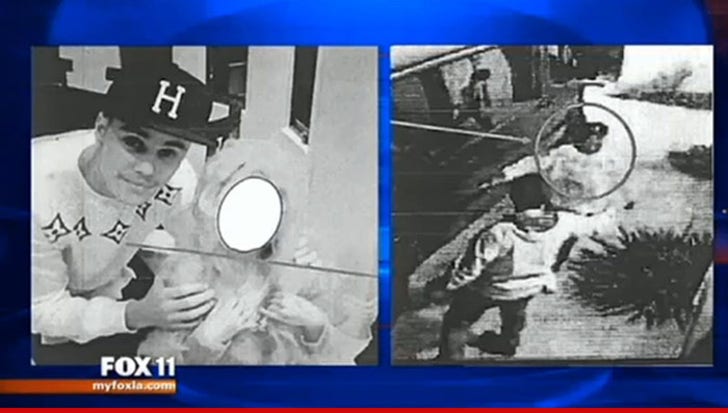