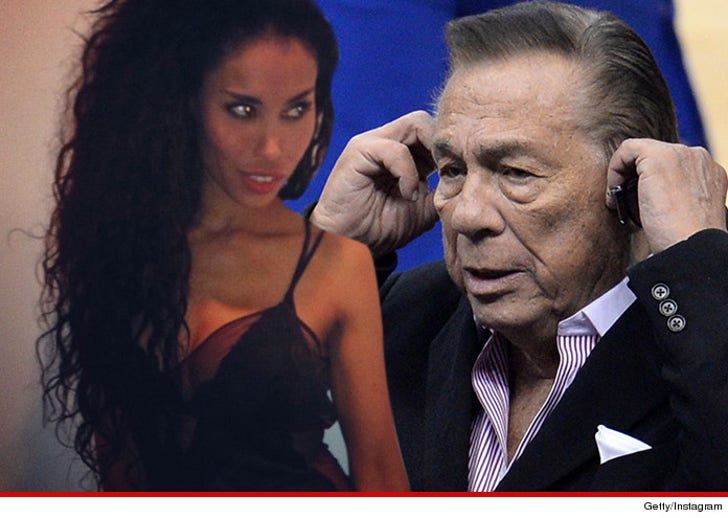 Sources connected to V. Stiviano tell us ... she insists Donald Sterling is NOT her boyfriend ... saying their relationship is -- and always was -- strictly professional.

We're told ... Stiviano is claiming she worked for Sterling for 4 years as his "archivist" ... along with working for a Clippers charity.

She is not characterizing her relationship with him as GF, BF ... however, that would be news to Donald's estranged wife Shelly Sterling. Sources connected to her tell us Shelly has absolutely no doubt Donald and V. were girlfriend, boyfriend.

For starters, we're told Donald has given her 4 very expensive cars.

As for what they do behind closed doors, only they know ... but we're told Shelly is clear her husband has a GF and her name is V. Stiviano.