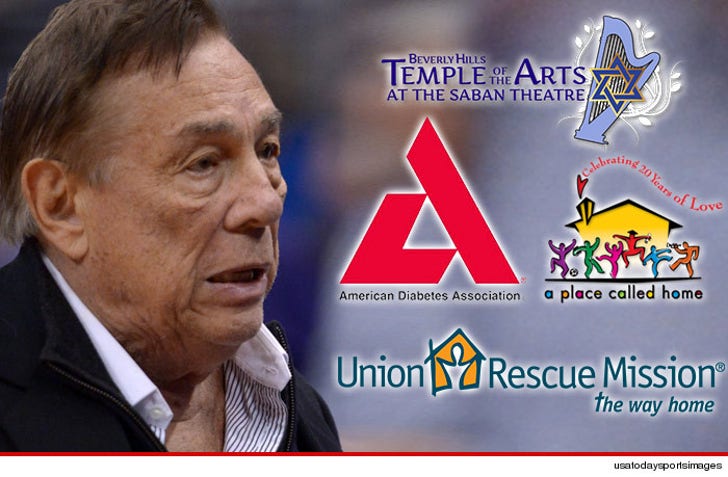 Here's the moral dilemma ... you're a charity and a really bad guy -- aka Donald Sterling --- has given you a TON of money ... Do you now give it back?

We canvassed some of the recipients of Sterling's generosity ... and some feel it's dirty money ... while others say a buck's a buck.

-- A Place Called Home -- a program for high-risk teens -- got a $100,000 donation from Sterling, doled out in $10K yearly installments. The charity has received $30K, which it will NOT return, but it is REJECTING the $70K balance.

-- L.A. Union Rescue Mission -- It's been receiving $10K a year. They're keeping the cash, telling TMZ, "We take money from all kinds of bad people all the time."

-- American Diabetes Ass'n -- Sterling donated $25K. It's keeping the loot, telling us, "The sad reality is that without donations like Mr. Sterling's, we can't help the people that we do."

As we previously reported ... Sterling pledged $3 MIL to UCLA for kidney research with $425K up front. The school is returning the $425K and refusing to accept the rest.

And L.A.'s Simon Wiesenthal Center's Museum of Tolerance is keeping the $30K it already received, telling us they already spent the money. 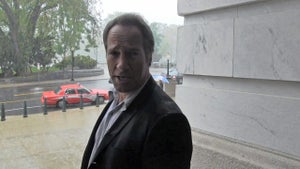 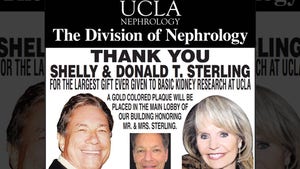 UCLA to Donald Sterling: We Don't Want Your Money! 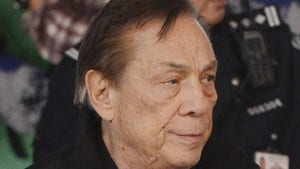 Donald Sterling NOT Selling the Clippers -- Screw You, NBA!