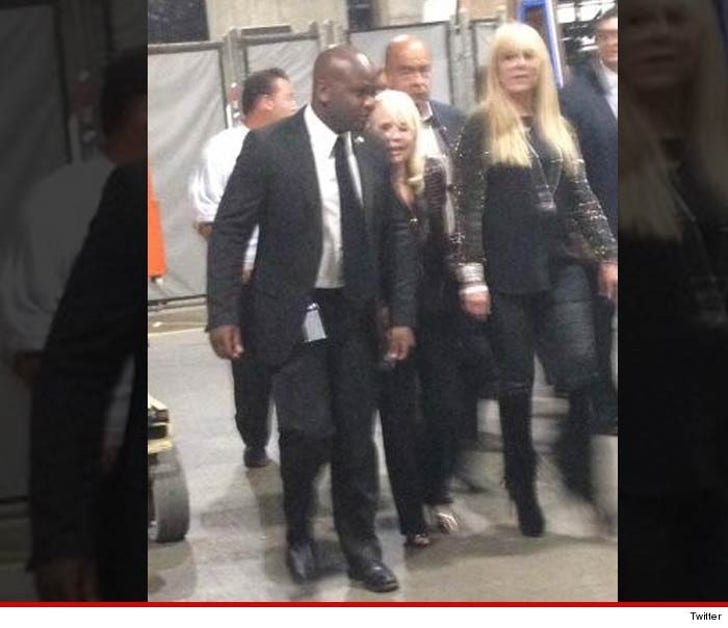 Donald Sterling's wife has apparently flip-flopped again ... hitting up the Clippers game by herself last night after the league BANNED her estranged husband FOR LIFE.

Shelly Sterling was escorted in and out of the Staples Center in L.A. -- by an official (who happened to be black btw) ... and cheered on the team Donald Sterling has been banned from associating with.

It's almost like she's thumbing her nose at Donald by going to the game, since he's not allowed anywhere near the arena.

It's an odd move by Shelly ... considering earlier in the week, she went to dinner with Donald and seemed to have his back -- screaming that he was NOT racist.

But days before that, she blasted him in the media ... claiming Donald's racist comments humiliated the family.

So, the question ... does Shelly have Donald's back or not??

[H/T to Liz Habib for the pic]