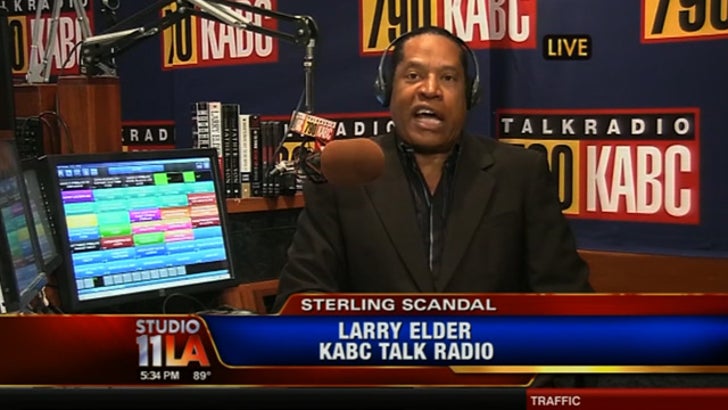 Donald Sterling is getting SCREWED by the NBA ... so says African-American radio host Larry Elder who actually blames Magic Johnson for blowing the whole thing out of proportion.

Elder appeared on Fox 11 in L.A. yesterday and DEFENDED the disgraced Clippers owner during a heated exchange ... saying Sterling would still own the team if Magic would've kept his cool after the audio was released.

"Magic Johnson could have taken this thing to a nice high level ... and he could've said, 'I don't care what Donald Sterling says,'" Elder said.