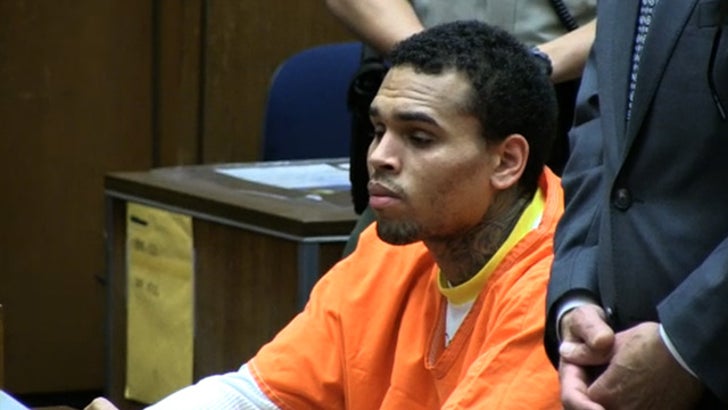 Chris Brown looked haggard and tired in court Thursday afternoon during a hearing in the Rihanna case.

TMZ broke the story ... Brown has been behind bars since March 14, when the judge threw him in jail after getting kicked out of rehab for the second time.

Brown looked defeated as the judge ruled he will remain in jail -- at least until the next hearing May 9 ... when both sides will come back to court and say whether they could strike a deal over the probation violation.

Brown had to endure a LONG flight from L.A. to D.C. and back ... so he could attend his assault trial in the nation's capital. That trial has been postponed.

In the meantime, Brown sits in an L.A. jail, with the prospect of going to prison for up to 4 years if the judge decides the singer violated his probation ... that is, if a deal isn't struck.