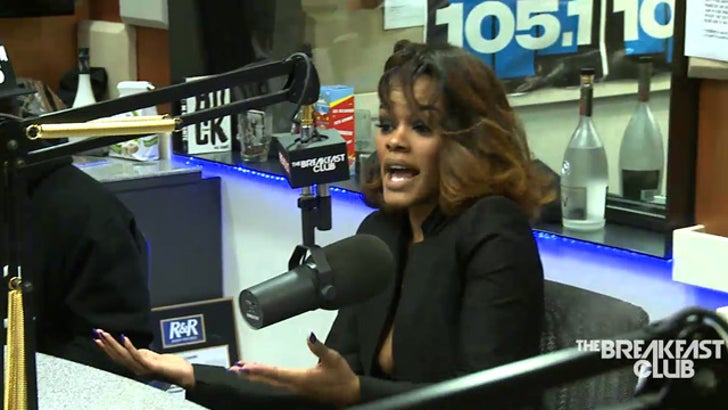 Taylor -- who's signed to Kanye West's record label -- appeared on the Breakfast Club on Power 105.1 this morning and talked about her fizzled relationship with the Detroit Pistons player.

During the interview, Taylor revealed all sorts of intimate details -- including the fact she made Jennings wait two years AFTER they were engaged before she gave up the "goodies."

Jennings is now dating one of Taylor's ex-friends -- but Teyana says she's not bitter at Brandon. In fact, she says she wishes him nothing but happiness. As for BJ's new chick, Taylor says she feels betrayed.

One other thing -- Taylor also shot down rumors she's dating Colin Kaepernick ... but did say, "That's my homie though."