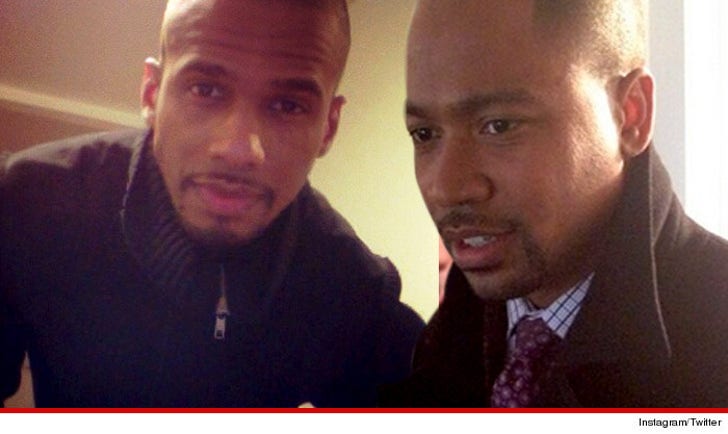 "Scandal" EP Shonda Rhimes BLASTED Deadline Hollywood for putting up a fake story saying Columbus Short had been recast ... only minutes after the story went up. SHOTS FIRED!!!

Short -- who recently got the boot from the show and whose character appeared to be dead at the end of last season -- was to be replaced by some guy named Eric West ... according to Deadline.

But Rhimes shot down that report right quick, tweeting out, "I've never heard of Eric West. Harrison is not being recast EVER. How about reporters CHECK THEIR SOURCES before running with a story? Um, @Deadline? Handle yourself."

Even West -- who would have gone down in infamy with the likes of Dick Sargent, Sarah Chalke and countless others -- got in the act, tweeting simply, "This is news to me."

Deadline quickly updated its story, calling it an "elaborate hoax" -- but still wouldn't drop it, writing, "It is unclear yet whether Short would be replaced."

Sounds pretty clear to us. 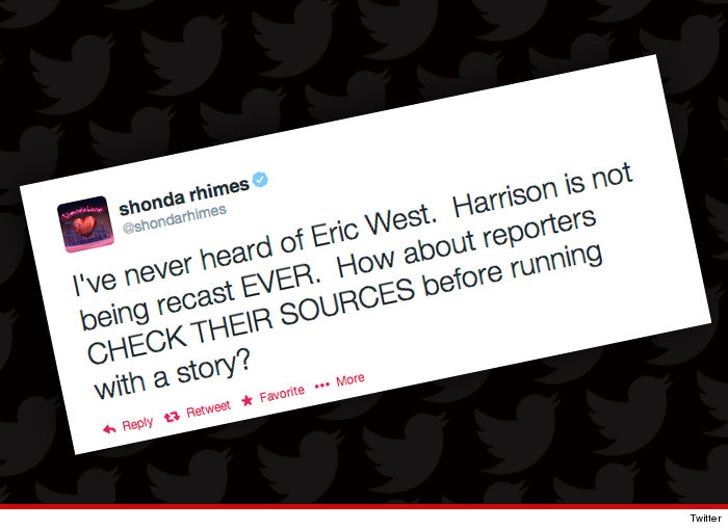