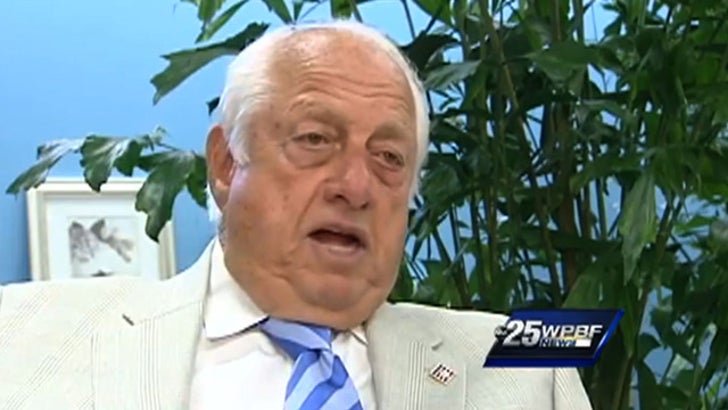 V. Stiviano might wanna stay away from the Dodger Stadium parking lot ... because Tommy Lasorda says he strongly believes she deserves to BE HIT BY A CAR!!!

Tommy did an interview with WPBF25 in West Palm Beach about Donald Sterling -- his self-described "friend" for 30 years.

Lasorda says he wasn't surprised by Donald's racist comments but says, "He just hurt himself by talking too much."

But the most shocking part of the interview came when he turned his attention to V. Stiviano -- and #2 revealed his death wish for the woman who captured Sterling's rant on tape.

It's pretty brutal -- but that's Tommy for ya.