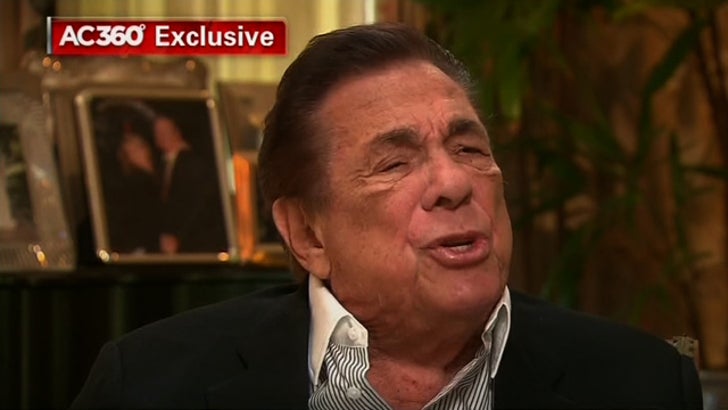 Donald Sterling says Magic Johnson is a bad example for the children of L.A. because of what he did to "get A.I.D.S." back in the '90s ... and says he should be ashamed of himself.

Sterling made the comments to Anderson Cooper during his big CNN interview ... saying "To do what [Magic] did and then get A.I.D.S. ... I mean, come on."

Sterling continued his attack on Magic -- saying, "Big Magic Johnson ... what has he done? He's got A.I.D.S."

"What kind of a guy goes to every city and has sex with every girl? Then he catches H.I.V. ... is that someone we wanna respect and tell our kids about? I think he should be ashamed of himself. I think he should go into the background."

Sterling also said he believes Magic tricked him into staying quiet in the days after TMZ Sports published the original audio recording as part of a diabolical plot to take over the Clippers.

Sterling also just called Anderson Cooper a RACIST -- saying, "I think you have more of a plantation mentality than I do ... and I think you're more of a racist than I am."

Sterling didn't explain why he believes Cooper is a racist.

Sterling seems to be in denial about how the players feel about him -- saying they still "love me." He says the media hates him.