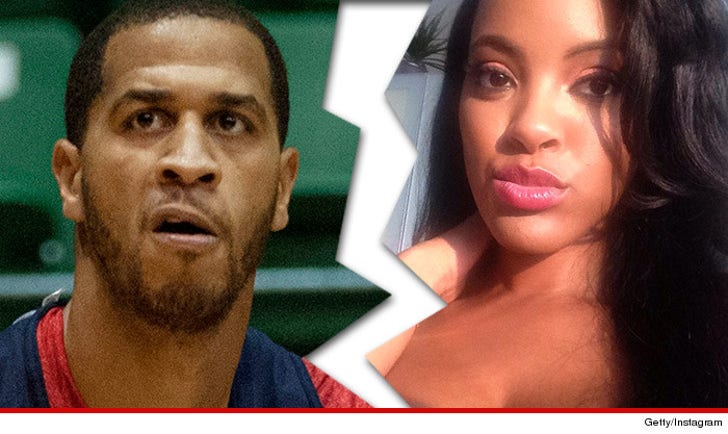 "Basketball Wives" star Malaysia Pargo has finally pulled the trigger on her troubled marriage to Charlotte Hornets player Jannero Pargo -- TMZ Sports has learned she has just filed for divorce.

She's asking for sole legal and physical custody -- with Jannero getting visitation.

Malaysia also wants Jannero to pony up for spousal support -- and pay her lawyer fees.

Since then, the two have aired some thinly-veiled beef on social media ... dating back to January 2014, when Jannero posted a quote from a Jay Z song reading, "S*** i got 2 liv wit the fact i did u wrong 4ever."

He also posted a photo with the caption, "Once a good girl has gone bad, she's gone forever."

She then posted a photo of her own with a caption that read, "Forgive, not because they deserve forgiveness but because you deserve peace."