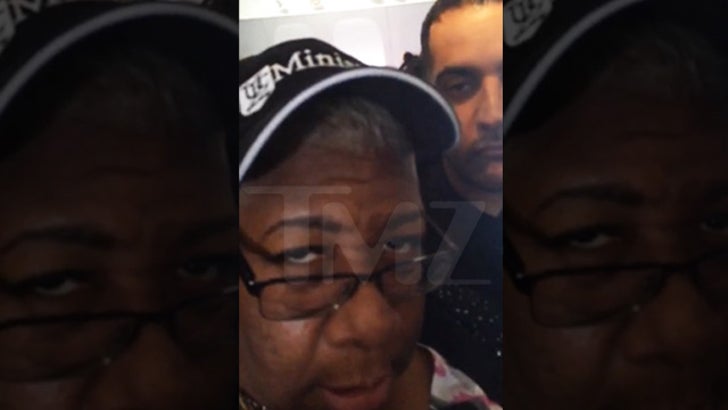 Comedian Luenell Campbell was on a flight from hell this week after a guy flipped out and started speaking in tongues ... so of course, the "Borat" star rolled on the whole crazy scene.

The mid-flight scare went down Thursday afternoon on a flight from L.A. to Miami ... when the man started screaming from the back of the plane and flailing around.

After a few minutes of yelling, Luenell tells us the passenger threw up on the person next to him ... and that's when the air marshal and a civilian passenger sprung into action.

In the video ... you hear the guy wailing and blabbing incoherently while 2 men hold him down. You also get a little commentary from Luenell --- who doesn't seem to concerned with the sitch.

The plane was eventually diverted and the man was taken to a hospital. No charges have been filed … yet.