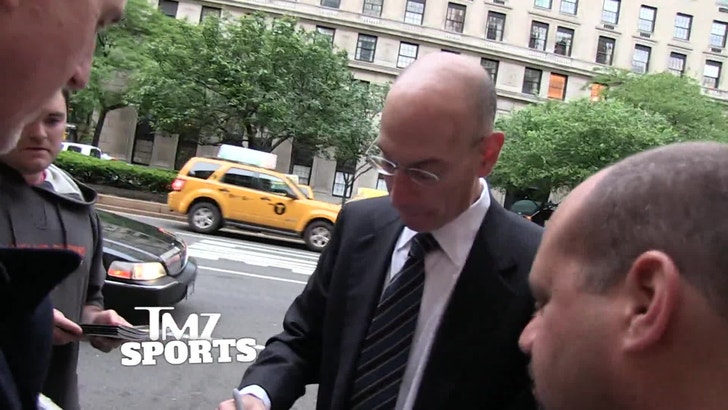 NBA Commissioner Adam Silver tells us ... making the decision to ban Donald Sterling from the league for life was "very difficult" ... but it's business -- and it had to be done.

Silver was out in NYC yesterday when he began talking to TMZ Sports -- which he says has consistently shocked him.

We asked if his personal relationship with the disgraced Clippers owner -- which spanned more than 2 decades -- made it even harder to dish out the punishment. Silver's answer seems pretty genuine.

But at the end of the day, Silver says ... "It's business. And I think he understood that as well."

The Mahomies are gonna be pisssssed!!!!!!