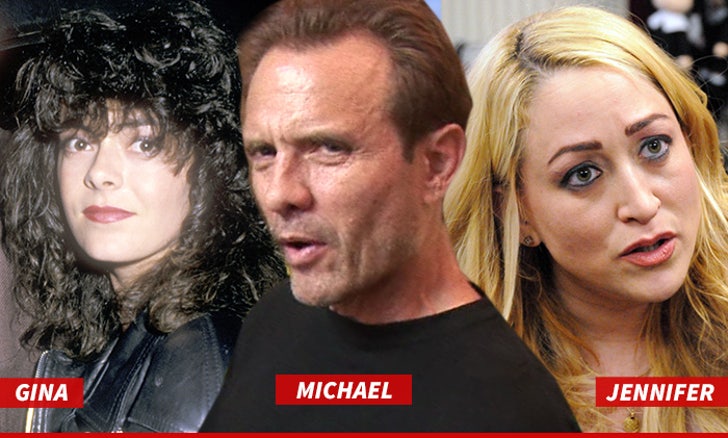 Michael Biehn, who starred in "The Terminator" and "Aliens" is getting divorced ... with a big twist.

Michael's wife, Gina Biehn, filed for divorce in L..A. County Superior Court. It's a long trek for her -- because she lives in England. In fact, according to court docs, obtained by TMZ, she's been separated from Michael since 2007.

We thought Michael was actually married to another woman -- Jennifer Biehn. Turns out, they've been living together for years and although she legally changed her name they're not hitched.

Michael and Gina have an 11-year-old son and she wants full legal and physical custody. She also wants child support.

We're told it was a very bad break up back on '07 and they actually got back together several times but it didn't work out. We're also told Michael has been sending Gina regular financial support.

BTW ... Jennifer is a celeb of sorts. She just did a spread for German Penthouse.

How do you say upgrade in Deutsch?