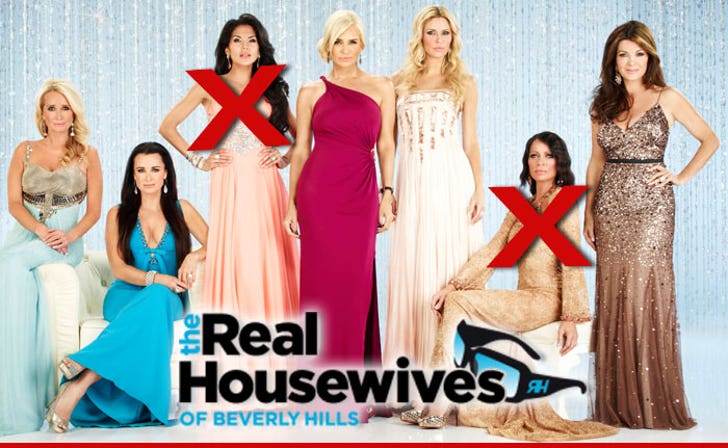 More like 'Real GROUSEwives of Beverly Hills' -- Kyle Richards and co. are refusing to sign contracts to film the next season of the show ... effectively staging a holdout until they ALL get more money.

According to sources, 5 cast members have been asked to return for the fifth season -- Lisa Vanderpump, Kyle Richards, Kim Richards, Brandi Glanville, and Yolanda Foster -- but so far, zero have agreed to come back.

As we reported, Lisa has made it very clear she's on the fence about renewing her contract for personal reasons -- but we're told the other women are, more predictably, holding out for fatter paychecks.

Sources tell us negotiations have been intense, but Bravo is close to finalizing deals for everyone except Lisa, who remains a question mark.

As for who will replace the cast members who got bounced -- Joyce Giraud and Carlton Gebbia -- it's unclear ... but we're told the new fiancee of Yolanda's ex-husband is a front-runner. Wonder why.