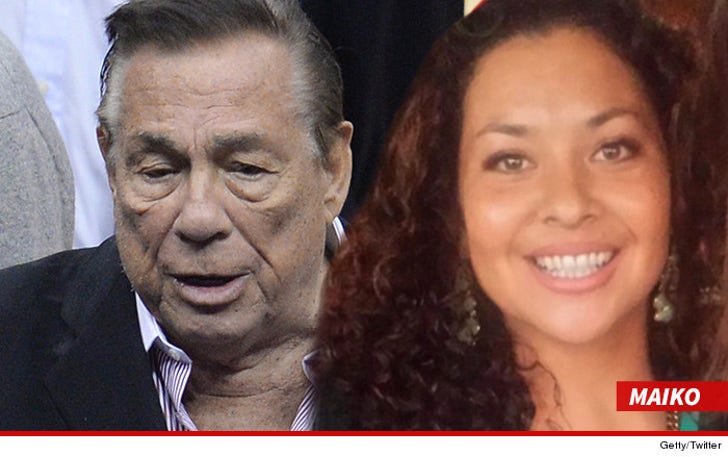 A former employee of Donald Sterling claims the Clippers owner fired her after she rejected "a stream of racist and sexist taunts." -- this according to a new lawsuit obtained by TMZ Sports.

Maiko Maya King claims in her new lawsuit -- she was in a romantic relationship with Sterling between 2005 and 2011. King claims during their relationship Sterling made comments about her former African-American husband, asking her "How could you be married to a black man?" King says she had kids with her ex and Sterling asked, "Why would you bring black people into the world?"

King goes on, saying Sterling told her, "I want to take you out of the black world and put you into the white world." And she says, when they would fight he would tell her, "move back to the ghetto with a black man."

King -- who is repped by Gloria Allred -- claims 2 years after they broke up she began working for Sterling as his personal assistant and caretaker ... which is weird because this overlaps into the V. Stiviano relationship.

King claims during her employment Sterling said he was bored sexually with V and offered King bonuses if she could help him sexually. She says he insisted she tell him stories about past sexual conquests in order to arouse him.

She also claims he said things like, "Black people do not take care of their children. All they do is sit at home and smoke dope." And she claims he said, "Mexicans just do drive-by shootings."

There are lots of other details and allegations. She says when she complained he fired her.