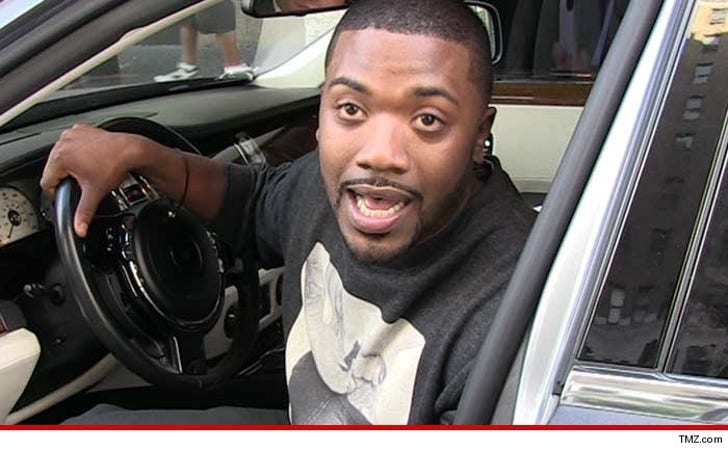 Ray J insists he has a good explanation for his arrest over the weekend for allegedly grabbing a chick's ass, breaking a squad car window and spitting at a cop ... or at least he says.

Let's go in order ... Ray J says he never played grab ass with some strange girl at the Beverly Wilshire Hotel bar Saturday night ... and cops even concluded any butt-touching was accidental.

Ray J says he feels the story was made up by hotel management to get him out of the bar because he and his friends were too loud. This angered him because he says he's spent tens of thousands of dollars at that hotel in the past year (the Joan Rivers sex tape spoof was filmed there).

As for his transgressions with the cops ... Ray J tells TMZ he never intentionally spit on anyone, but cops to kicking in the cop car's window. He says he became "very claustrophobic" inside the car and needed fresh air STAT.

Ray J was booked for trespassing, vandalism, resisting arrest, and battery on a police officer.