Girrrrl ... the dollar store manager who got famous on the Internet for spraying Febreze in the face of an alleged shoplifter ... is now famously unemployed -- TMZ has learned the guy got fired.

The video is damn entertaining -- Gavyn Edlinger, the manager at Family Dollar in Saginaw, Mich. confronted a few alleged shoplifters (one of whom was pregnant) in the parking lot last week. It quickly turned into screaming, yelling, the Febreze spray and this classic line -- "Bitch, what I want you to do is do something. I will whoop yo' ass!"

Gavyn tells TMZ he was canned six days after the confrontation -- and it probably didn't help that it blew up on the web.

Edlinger called the incident an unfortunate scene and claims the mother of one of the girls in the video called the store to apologize. He says he tried to have the video taken down, but when the guy refused ... he decided to just own it.

Should look good on his resumé. 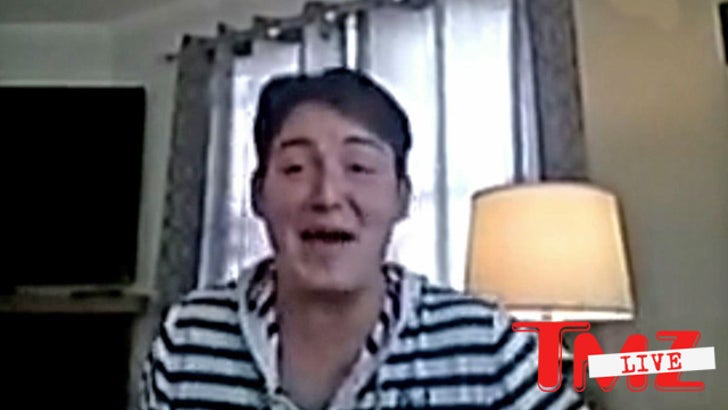