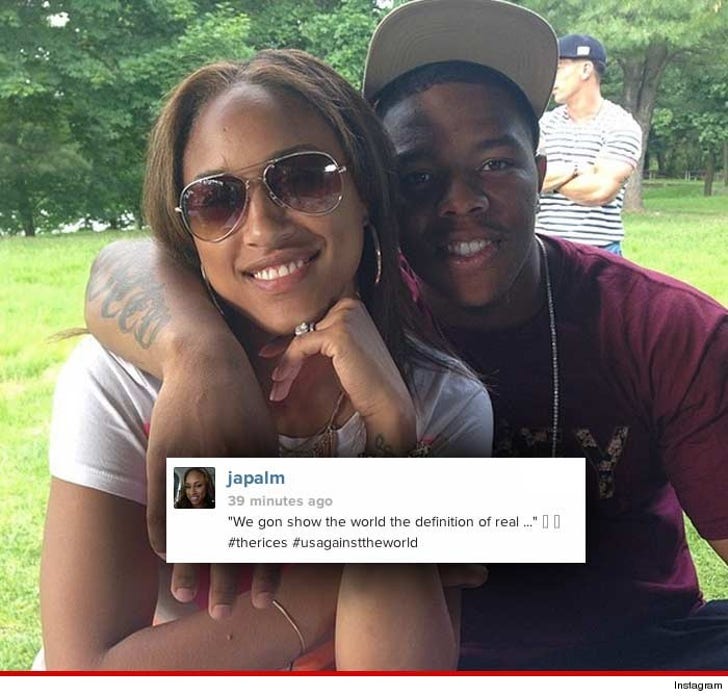 In yet another attempt to prove everything is cool between them, Baltimore Ravens running back Ray Rice and his wife Janay posed for a couply, non-violent photo together on Instagram.

Janay -- who previously apologized for her role in allegedly getting K.O.'d in an Atlantic City casino -- included the message, "We gon show the world the definition of real #therices #usagainsttheworld."

Of course, Ray & Janay were arrested back in February after an alleged physical altercation at the Revel casino ... and cameras captured Ray dragging Janay's unconscious body out of an elevator.

Just last month, the two addressed the media and said they felt counseling after the incident has helped them grow closer as a couple.

You buyin' it? They hope you are.