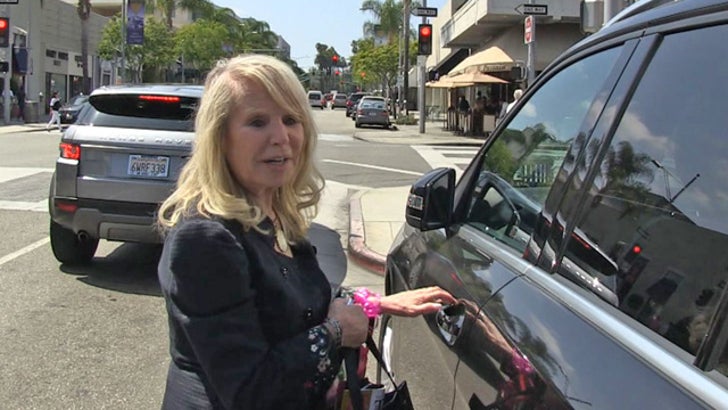 Shelly Sterling looked confident as she left a Bev Hills restaurant swinging a Victoria's Secret bag Tuesday, but behind the scenes there's concern that Donald's latest flip-flop could blow up her $2 billion deal to sell the Los Angeles Clippers.

We've learned there's an escape clause in her deal with Ballmer, which gives him the right to nix the deal if she doesn't have clear authority to sell the team.

So Shelly's legal team will try to shut down Sterling by telling the judge there can be no argument ... Donald is "incapacitated" and therefore he has no voice anymore in the team's business.

TMZ Sports broke the story ... Donald signed a document with Shelly late last year, in which they both agreed if 2 neurologists determined either one of them was incapacitated, then that person would automatically lose control of the team.

As we reported ... 2 neurologists made that finding early last month -- that Donald had lost it.

Don't expect a decision Wednesday. We're told a date for a full-blown hearing will be set ... probably in the next week or so.