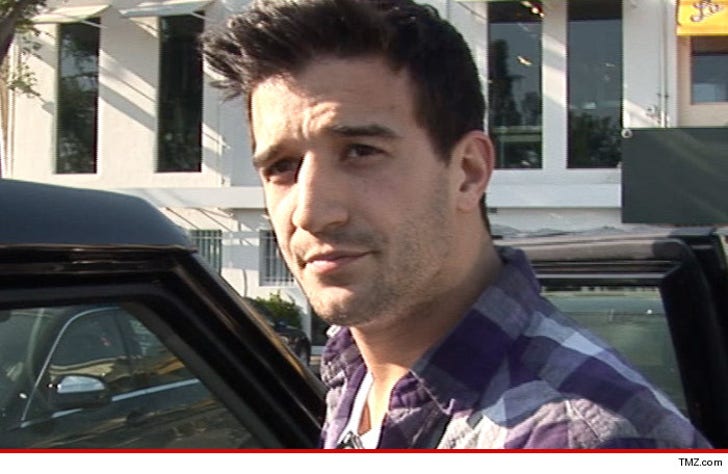 Mark Ballas was in a bad car accident Monday afternoon and ended up in an L.A. hospital ... TMZ has learned.

We're told Mark was driving on an L.A. street, in the process of turning right, when another car was speeding in his lane, couldn't stop in time and slammed into his back right side.

Mark complained of whiplash and back pain. His girlfriend took him to Cedars-Sinai Medial Center where doctors examined him and prescribed some pain meds. Doctors told him the pain would get worse tomorrow, which isn't great news because Mark is scheduled to perform this week where he'll have a guitar strapped to his body as he sings and dances.

Mark's car was towed away. We're told 5 guys in the car that hit him jumped out and accused him of causing the crash, but an eyewitness came forward and told cops it was not Mark's fault ... the other driver was speeding.