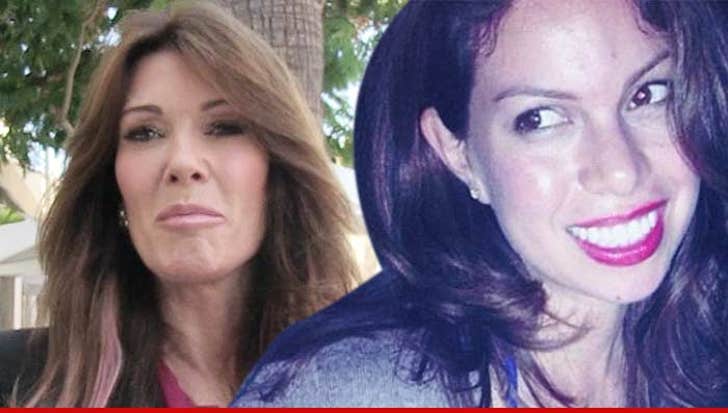 2:27 PM PT -- Vanderpump's attorney tells TMZ ... “We are in absolute shock at the amount of punitive damages that were awarded. Especially in light of nominal compensatory damages awarded and the lack of sufficient evidence. We plan to immediately file an appeal and are confident that we will prevail.”

Lisa Vanderpump's restaurant just got nailed by an L.A. jury, which awarded a former waitress $100,000 in punitive damages in her sexual harassment lawsuit.

The whole jury verdict is bizarre ... jurors awarded Karina Bustillos over $6,000 last week after hearing testimony that a manager manhandled her, called her foul names and made sexual advances. But what's weird ... the jury did not place any liability on the manager, making it seem like they didn't believe her. So it's puzzling why Villa Blanca got nailed.

And now it's double-puzzling why the jury gave Karina punitives.

Both sides declared victory last week, but now it seems the jury wanted to teach Villa Blanca a lesson.

Vanderpump vows she will appeal the verdict.