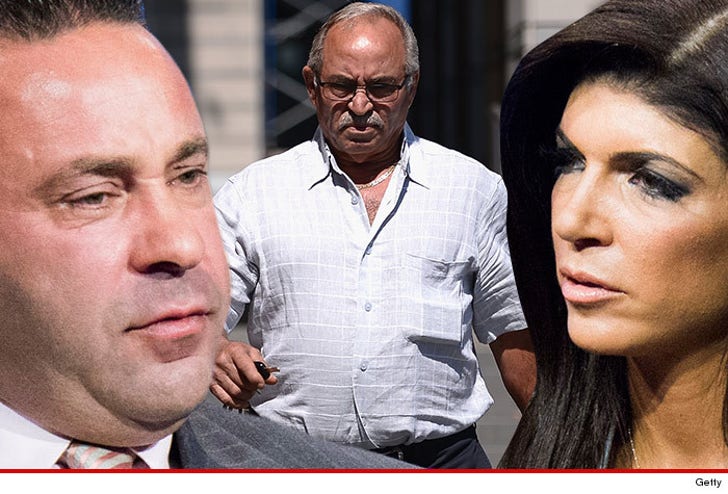 4:45 PM PT -- The Giudice's rep just told TMZ, "The ONLY focus of both Joe and Teresa is their family right now, especially the girls. No decisions about the court case or the show are being addressed today."

"Real Housewives of New Jersey" star Joe Giudice -- who is facing years in prison on fraud charges -- just got struck with a profound tragedy ... his dad just collapsed and died in Joe's garden.

Frank Giudice -- who also appears on "Real Housewives of New Jersey" along with Joe and Teresa -- was building a chicken coop in the garden when he fell to the ground.

We're told Frank had no apparent health issues. Joe and Teresa believe he suffered a massive heart attack, but it's too early to tell. EMTs are still at the house at the time this story was posted.